There is a groundswell of support for Robert Stacy McCain (principle author at the conservative web log The Other McCain), who feels compelled to move his family to an “undisclosed location” in an effort to protect them from harassment from convicted terrorist Brett Kimberlin, “a violent felon, perjurer and admitted tax cheat who is employed as the director of a 501(c)3 non-profit that has collected $1.8 million in contributions since 2005.” 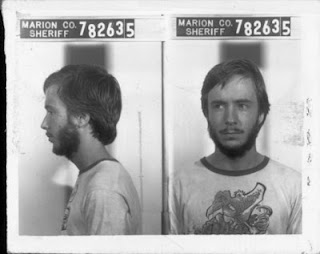 Kimberlin was convicted of multiple federal felonies in 1981 and sentenced to 50 years in prison after he terrorized a small Indiana town in a brutal crime weeklong bombing spree.  [Law enforcement officials] believed the bombings were committed in an attempt to distract authorities investigating the 1978 murder of a 65-year-old grandmother, a crime in which Kimberlin was a suspect.

Kimberlin, released in 2000, is now an activist and community organizer, associated with Democrat campaign consultant Neal Rauhauser (self-proclaimed computer “hacker’ who claims Arizona Representative Raul Grijalva as one of his clients). Kimberlin is also the director of the tax-exempt Justice Through Music Project, which in turn is associated with another tax-exempt group, Velvet Revolution – interesting work for someone who McCain describes as a convicted drug smuggler and forger.  Contributors from the political Left to his JTM Project include Teresa Heinz (Mrs John) Kerry ($20,000); Barbra Streisand ($10,000); the Tides Foundation ($70,000); Fidelity Investments ($71,000) and others.  Kimberlin’s main avocation seems to be as a serial litigator – over 100 lawsuits – going after anyone who dares to disclose his background.

McCain became his target after posting articles describing how Kimberlin, “through a strategy of legal intimidation and workplace harassment”, has tried to silence his critics, including Virginia attorney Aaron Walker (he and his wife were fired by an employer fearful of liability), other bloggers such as Seth Allen, and Los Angeles deputy district attorney Patrick Frey.  His recent target of McCain was specifically through his wife’s employer, whom he called about McCain’s “harassment” – a not-so-subtle variation on the ‘I know where you live’ tactic.

Critics are not limited to those who could be dismissed as mere wing-nut bloggers.  Publisher’s Weekly calls Kimberlin a “top-flight con man”, and Time magazine reported that he was gaining notoriety on progressive web sites by “repeatedly asserting as facts things that are not true”.

There is ample and detailed information about all the players in this unfolding battle (and I encourage you to peruse the sites and follow the threads for a fuller understanding), but the groundswell I mentioned is not so much about spreading the word, but taking a stand against the tactics of intimidation.  I add this web log to the growing list of supporters of McCain and others.  Lee Stranahan has called upon the blogosphere for an “Everybody Blog About Brett Kimberlin Day” on Friday, 25 May.

Why wait?  I’m in the mood to jump in now.  As Louis Brandeis said, “Sunlight is said to be the best of disinfectants.”